Opportunism in a Time of Crisis


Back in early April 2020 I started writing about how lock-down was unfolding and the impact of the virus on life – there was some optimism then about what we could become as a result of a shared experience and threat that although we lived it differently, there was nationwide awareness. We shared the rise and fall of the daily graphs, the same fear of the new threat and the limitations to daily life… as well as the sweet smell of the freshly de-polluted air and sound of birds on newly acquired megaphones.

I called the piece ‘Wiped Clean’ but sadly as I return to consider finishing it, I think the first edit might be to the title:

‘Opportunism in a Time of Crisis’

What’s changed from the earlier days when there was a sense that we were all in this together and would somehow dance, Zoom, sing, eat, care, clap and find our way through to maybe build back better when it was over...

Apps & Things
Well first there’s the obvious profiteering by the select few, as our reckless government hands out contracts to charlatans and snake oil salesmen to create tests that fail, apps that can’t add anything of worth, advisors who are beyond comprehension as human beings and treat our dead relatives as collateral damage in a time of economic priority.

Dailies, Delays & Miscounts
Then there’s the ever-more mythical daily figures that do or don’t include deaths outside hospital, inside care homes, in our homes and do or don’t include those with or without but maybe suspected, coronavirus. And how many tests have been done or are they ‘in the post’ and were they done all on one person or each person or were the nasal and throat swabs counted as one or two?

The ‘other’ Science
And of course the absurd yet telling necessity for a group of wise scientists (Independent SAGE) to set up opposite an official government group (SAGE) because it’s the only bloody hope for some unbiased, non-politicised facts.

The Face of It
Not forgetting the mockery of our caution by egotistical ‘leaders’ who disregard the rules they set and refuse to ‘look silly’ in masks - contrasted against the exhaustion on the mask-scarred faces of NHS staff. And the dread on the faces of teachers asked, to keep the little ones apart in a classroom usually packed like a sardine can… cause ‘austerity’. Forcing risks to be burdened by teachers, children and their families… because the health of humans just doesn’t matter to government/industry/capitalism - when an economy is sick.

Maybe it’s that a cousin who’s a dear friend is gasping to breathe in a hospital that can’t cope. Maybe it’s the death of those I know. Maybe it’s because when my cousin was in ICU he was terrified but attended to and now he’s on a ward, there isn’t the staff to cope in this hospital at the heart of a community hard hit by COVID… but I can’t find my positive right now. We get twice daily updates and his wife gets some video calls but it’s all awful as it is for any. My cousin is a paramedic. His wife and daughter are also paramedics – they had COVID too but healed at home… although I ‘say’ all three had COVID, yet NONE of them have tested positive. Back to those dodgy-Del-Boy-Tests I suppose. (My cousin is even on a test drug FOR dealing with COVID - but still not positively confirmed - how crazy is that?)

I know when the deaths of frontline workers started to be seen and talked about, that the dark started to come. The realisation that this government with all its faults – really wasn’t going to pull itself together for the one thing that might have been a chance of redemption in some way. A chance to work across party politics and say:


Instead, in their bin-bag aprons and inadequate fast-food-take-away wear… the carers and healers soldiered on; like a war where only one side has guns. Government claims of “millions of pieces of PPE” etc was just a playful word-play and they’d counted everything from cleaning products to single gloves as a ‘piece’ and all that “ready for a rainy day” supply – well that had apparently stopped existing about a decade ago when the government didn’t feel it needed; for a pandemic predicted to come… they just hoped it would hit someone else’s electoral term.

What now?
Those graphs of little-regard, they show some signs the virus is not as bad as it was (at its worst) so the government is dashing into the next bit where they give the kiss-of-life to the economy – using our lips: lock-down is being eased along with furlough payments for the those in jobs where they ‘can’ work:
ie: places government has decided can take the risk
ie: pubs, schools, hairdressers, shops (low pay staff).

Places are opening up, cars and planes are re-fuelling the air and children’s school uniforms are on sale at the front of the local store again.

Economically though (which is why they want the kids at school – so the workers can work) it’s been a hit in different ways for the well-connected; with bailouts to companies so big, they should have had contingency for an emergency just like this. Meanwhile there is no sign of hope for ongoing support for those now more in fear of hunger and unpaid bills, than the virus itself.

IF we mattered at all (WE the people) – this government would have created something of an ‘extra economy’ (like the bank bailout) to bailout the people with a clear economic support package to see us through till we are in a better position to cope… but they won’t.

IF justice mattered and was really ‘blind’ - then this government, its key advisors and complicit members – would be in court for gross negligence or criminal manslaughter or something along those lines for the clear and certain responsibility for too-numerous-to-contemplate deaths and suffering – particularly those of healthcare workers forced to face risks they never signed up to – they are not soldiers, they are CARERS.

I’ve got no real ‘happy’ to end with and after reading the original piece – have discarded all but the last bit:

[This strange time we are currently in, will end and something else will be in its place and as much as we need our scientists and experts to help us through, we also need bravery and imagination and believers-in-better (definition of an activist?) because alongside the essential physical concerns we’re all experiencing right now, our whole idea of society is currently pushed up into our faces and it’s going to take creativity to move us on. I’ll give the last word to Frankie Boyle:

“The whole crisis does raise some interesting questions though: if we all agree that we can’t have the weakest people in society dying as a healthcare system, then why do we tolerate it as an economic system? We see articles about people who have stockpiled hand sanitiser to sell at a markup, but they are the people the system we live in supports, and that is what speculation is.”]
at June 22, 2020 No comments:

Wake up and for a split second – just before the “OH FUCK!”
I feel like I did...
before this COVID
overtook all the thinking space
it’s like the day after mum died
and the days that followed that
where that waking moment
...was the most precious of all
holding within it
a glimpse, memory, reminder
of what it was like
...when it all felt so damned ‘normal’


Then comes the fall…
The tumble down hard landing
into the realisation that there’s
isolation! Bloody iso-bloody-lation! FFS
what happened to our days and ways of being that now seem like distant dreaming?

Some fight it, deny it, claim they’re bigger and ballsier than any virus,
can take it on the chin, whoop its arse and put it behind us
others lay low, go quiet, anxiety rampaging their days
fear stalking the dark of their nights.

Little by little till it’s seeping in under our skin
filtering through our veins
straining the ways of our usual being
till our grip on comfort is lost
...feeble hands clasping at a past that can’t bring
anything into this fearful new world.

Quarantined Italians record messages to "themselves from 10 days ago" du...

Nahko And Medicine For The People - Love Letters To God

Unexpected gifts of activism include being gifted music you would otherwise have missed... 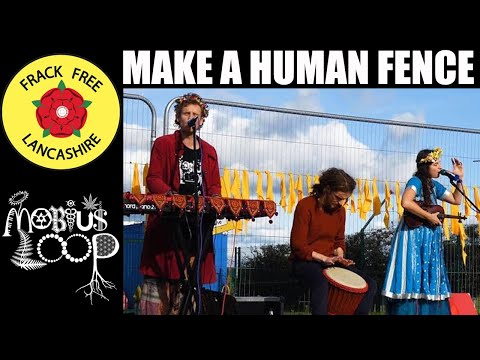 Donations... Every little helps if you can spare it. Thank you x